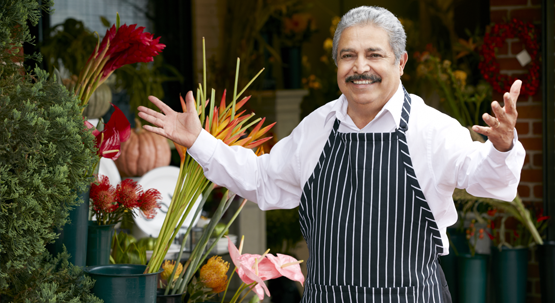 How Strong is Your Single-Member LLC?

Over the past decade, single-owner (or single-member) Limited Liability Companies (SMLLCs) have received much acclaim as the “entity of choice” for small businesses. They have the advantages of being taxed as a Sole Proprietorship, yet offering Corporate Veil protection for the owner. Used to operate a small business, they can be wonderful tools. Used as an asset protection tool, they can be as effective as Fort Knox or as weak as tissue paper, depending on how they are owned, maintained, and where they are formed.

When running a small business, a SMLLC can be an especially flexible tax planning tool. A SMLLC will generally be treated as a Sole Proprietorship for tax purposes; however, by filing a simple IRS form, it could “elect” to be taxed as either a C or an S-Corporation.[1]

When holding assets, a SMLLC can also be a flexible tax planning tool. Because it can be disregarded for income tax purposes, it has an advantage when owning a personal residence because it still allows the owner to claim mortgage interest deductions and capital gains exemptions. It can hold a person’s stock in an S-Corporation without disallowing the tax advantages of the corporation. The SMLLC also has become an entity of choice for wholly-owned subsidiaries, isolating major assets from the company’s operations without creating separate income tax forms.

Although it has great tax flexibility, a SMLLC is generally not an effective tool at protecting outside creditors from seizing its assets.

History in the Courts

Since SMLLCs were first introduced, they have been sold as the ultimate structure for small businesses, combining the asset protection qualities of a Limited Partnership with the tax advantages of a Corporation. One of the big selling points for LLCs as a whole was the assumption that courts would allow similar charging order protection as they have with Family Limited Partnerships and Multi-member LLCs, but judges in several states have repeatedly ruled that LLCs with only one member offer no protection from outside creditors.

Beginning in January 2003, a Colorado bankruptcy court heard arguments that the bankruptcy trustee could not liquidate the assets from a SMLLC but was only entitled to a charging order (similar to a lien against the LLC). Instead, the court felt that because there were no innocent members that could be harmed, the entire membership interest should pass to the bankruptcy estate.[2] In 2006, courts in Idaho, Maryland, and Delaware also allowed judgment creditors to prevail against SMLLC owner(s).[3] In 2010, a Florida Supreme Court case involved a $10 million judgment confirmed that charging order protection does not apply to SMLLCs.[4] In each of these cases, the courts ruled that the SMLLC was merely an alter ego of its owner (not a truly separate legal entity) and allowed the creditors to unravel or liquidate the assets. Thus, when you are the personal, sole owner of a SMLLC, the courts are likely to treat your entity as a personal asset, the SMLLC will be disregarded for asset protection purposes, and its assets liquidated to satisfy judgments against you.

Despite eleven years of court experience, accountants and attorneys continue to advise their clients to hold valuable assets in SMLLCs when the client is the sole member. They simply do not understand the client is provided little if any asset protection from outside creditors.

As a result of the above mentioned court decisions, the Wyoming Legislature met in 2010 and by statute, clearly announced to the asset protection world, “Single member LLCs are strong in our state!” Nevada quickly followed. Therefore, if you are planning on personally being the sole-owner of a SMLLC that holds valuable assets, the only states that currently offers charging order protection is Wyoming and Nevada.

When Running a Business

A Corporate veil can shield your personal assets if something goes wrong in the business; after all, the major exposure most small businesses face is threats from inside their business. Corporations, Multi-member LLCs, and Single-member LLCs all have corporate veil protection. That protection is contingent on the managers maintaining the formalities of the business, not co-mingling personal funds, and recognizing and treating the business as a separate legal entity.

An important question to ask is, “If I weren’t here running the business every day, what would my interest in the business be worth?” If the answer is, “not much”, then a SMLLC can be an adequate tool; your interest in the SMLLC doesn’t really need protecting and the structure does offer a corporate veil. If however, your business has valuable assets independent of you and your services, a Multi-member LLC would provide a much stronger legal structure.

SMLLCs can be extremely useful – if used properly. It’s common to use a separate legal entity as a holding entity to protect assets such as investment properties, large bank accounts or brokerage accounts. But rather than owning the SMLLC personally, another legal business entity should almost always be used! Using nesting techniques, multiple SMLLCs could be owned by a Multi-member LLC, Family Limited Partnership, or Self-directed Pension Plan or IRA. Each SMLLC would protect assets from each other while the stronger entity protects the entire nest egg from outside creditors. This is a common practice among sophisticated real estate investors.

If the assets of a SMLLC are liquid in nature and not tied to any particular state (such as bank accounts, brokerage accounts, intellectual property, etc.), owners may consider forming the SMLLC in a state such as Nevada or Wyoming. If, however, the assets include real estate or are ‘doing business’ in a particular state, this would not be advantageous.

SMLLCs are a common legal tool for running businesses; we applaud this practice. However, SMLLCs, should not be used to protect assets unless they are owned by stronger legal entities or they are domiciled in states which offer exclusive-remedy charging order protection such as Wyoming or Nevada.

Please call Asset Foundation at 800-276-1430 if you have questions about this article.