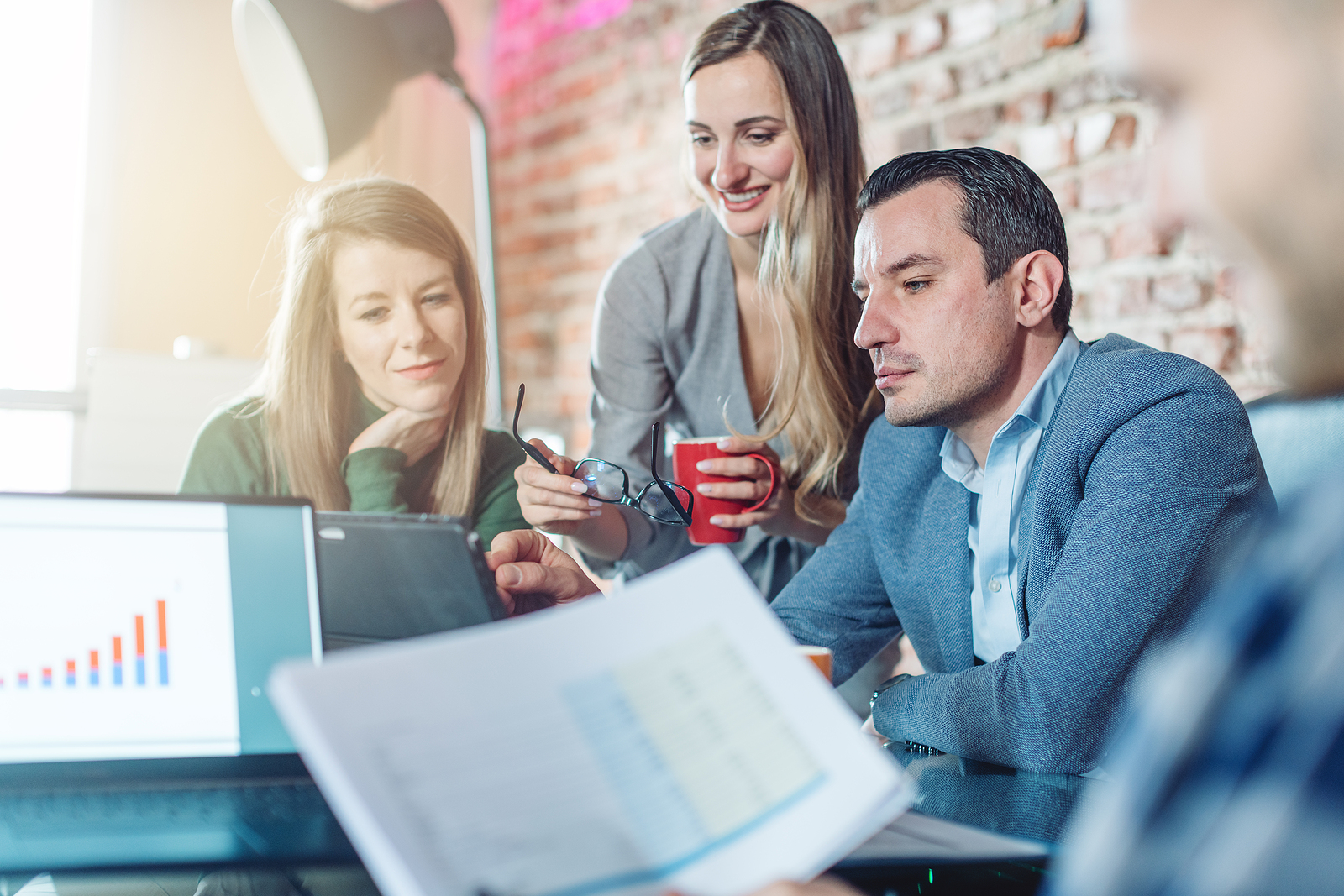 Venture Investing: How to Evaluate If It’s Right For You

Have you ever had a phone call or an early-stage venture investing “deal” hit your inbox, and you didn’t know what to do or even where to start? Welcome to the club; we all start there.

Early-stage venture investing can be a rewarding endeavor but it’s not nearly as straightforward to evaluate as real estate or private lending. If you don’t understand it, you really are at material risk of getting it wrong, especially since early-stage deals are often pre-product, pre-revenue, and pre-results.

Our family office invests in only 3 things – real estate, private lending on real estate, and early-stage private equity or venture capital deals, mostly disruptive technology companies. Having done a lot of all three and realizing that private equity investing is the least understood, we put together a simple yet powerful
framework for assessing deals. Our desired outcome here is to share it with you so that you may become a better-informed investor and find the deals with the best likelihood of success and eventual return on investment, both money and time.

What Is Venture Capital?

Let’s start with the basics of venture investing.

Venture capital is a type of private equity and is typically provided by outside investors to new businesses that show promise for rapid expansion and valuable enterprise. These investments are often high-risk, especially in their early stage, yet offer the potential of high reward. It’s also important to note that venture capital is long-term investing, meaning it doesn’t produce regular cash flow.

Private equity, the root of venture capital, can be traced back to the 19th century. Venture capital itself became an industry after the Second World War when a Harvard Business School professor, Georges Doriot, began raising funds for the American Research and Development Corporation. He raised $3.5 million to find companies that were commercializing technology developed during the war.

Stages Of A Venture Deal

The first stage of a venture investing deal is the seed stage, and sometimes pre-seed. This is the stage of a company that is pre-revenue and pre-product. You’re investing in an idea and a great founding team. This is the highest risk stage because it’s speculation, which is why the founding team is so important. This stage is all about developing a product and getting traction.

The next stage is Series A. This is the stage where, typically, the product is built and there is some traction in the form of revenue. There’s still a significant risk at this stage, though less than the seed stage. This stage is about the scalability of the established product. Benchmarks such as how the unit of production looks and revenue will be key here.

Series B stage is often where a business has meaningful revenue and growth. This is the point at which the downside has been materially de-risked. There will always be a risk, however, there is compelling evidence that the business model is viable. The risk at this stage is much smaller and capital will be used for further growth—either in the core business or product line expansion.

And then there’s Series C and beyond – all the way to G. We treat C-G as one large category. Consider this the“add capital” phase. The business is working, the core product is working, and the unit economics look good (or there’s a clear path to it). The team is impressive, there’s tremendous opportunity in front of them, and they simply require the capital to realize it. Series C and beyond is really about taking a viable, stable business model to the next level.

We personally like to invest our money in pre-seed, seed, or Series A. We’ve found that with these early stages, the small dollars can create big returns as long as you can manage risk. That’s why we’ve put together a 10-Point Framework, and we’re willing to share it with you so that you can be a better-informed investor and properly evaluate a deal that is early-stage.

When evaluating a venture investing deal, this is the first question you should be asking yourself. What is the pain point that needs to be solved, and why does it even exist? From this reference point, you’ll be ready to hear the answer to the obvious next question.

How does the product or service propose to solve the pain point? How thorough and logical is the solution being proposed? Not only should the proposed product fit that criterion, but it should also feel novel. Research whether this has been done before and what the results were.

Think about the total addressable market for this product. TAM is an acronym used frequently in venture capital. Get clear on the market size of this product—how many people experience this problem and truly need the solution? Then ask yourself, what is the market share of incumbents? Is it a highly fragmented market (a lot of small players and thus easier to compete) or is this market “owned” by big companies?

The next question you should be asking is: what advantage will this business or product create over time?  Let the founders convince you that the idea is defensible (a “moat”) and that someone can’t come in and simply duplicate the idea. This has to be a viable, long-term business.

This is our favorite, though perhaps not the most important point in the framework (unless you’re in a late-stage investment). How much traction does this business have? How well are they executing their plan and, if they aren’t at that stage, how do they plan to execute?

It’s important not to let the conversation stop at, “We haven’t started yet.” In the earliest stage deal, it’s unlikely that the team has started at all, yet it’s important that they at least have a playbook. Ideas are a  dime a dozen. It’s all about execution.

Without a vision, it’s hard to launch a business. This is where the rubber really meets the road. Find out what success looks like to this team. What will the outcome be, and what is their intended business model moving forward? Do they have benchmarks for revenue, growth rate, and expected market share? You need to feel comfortable that they have thought not only about the business but also about the results (which you will be a part of).

When investing in venture capital, the team is arguably everything. Who is running the show— founders,  key members, creators? Make sure that they can identify why they are the perfect team to pull this off, and what their strengths and weaknesses are. The members of the team will tell you a lot about the expected outcome and likelihood of success of the company.

This is a key component and one that the team should be aware of. What are the potential risks in this deal,  and does this team know and understand what those risks are? Consider the top three to five risks of this venture. Then assess how this team is planning to mitigate these risks.

How much is this team asking for, and how do they plan to invest the money? What will they use the proceeds for? What is their valuation and why?

Beyond the core team members of the venture, who is around the table with them? What other investors are involved, who is leading the round, and who are their advisors? If there are other angel investors, who are they? Are they just writing a check or strategic investors (can add value beyond the money).  One of the strongest validation signals of a good investment is when other seasoned angel investors are piling into the deal.

Research and Education is the Key to Successful Private Equity Investing

Despite the risks, private equity and early-stage venture investing can be some of your most rewarding investments, as long as you get educated and do your research. The above framework is meant to help you identify the strengths and weaknesses of a deal. Not only will this 10-Point Framework help you better identify whether a deal suits your investing DNA, but it will also help you determine how confident you are in the deal you’re investing in. Confidence is huge in investing in anything.

Founding teams that can confidently answer these questions without getting stumped have put the time and effort into creating an idea and business model that deserves investors’ attention. In fact, when we advise entrepreneurs, this is the framework we encourage them to use to create their pitch deck.

Having a  clear vision and a viable game plan that can confidently be executed will make or break their ability to attract capital.

Dave believes the timing is the single most important word in investing, and arguably in life.

In 2005 at Harvard, Dave predicted the housing market collapse; in 2009 he went “all-in” on real estate in Las Vegas; in 2011 he forecasted the bottom of the real estate market and began buying distressed homes in 14 markets in CA, NV, AZ, and FL and every one of those 14 markets has more than doubled or tripled in price in the last 8 years. Bottom line: Dave invests heavily in research and has successfully gotten in and out of the real estate at the perfect times, and provides private capital to scale his real estate partners in each market. Most recently, in 2019, Dave predicted a recession in 2020, although he did not expect COVID to be the tipping point.

Dave spent the first 20% of his life in a trailer park and now heads up Stech Family Office with his two sons, one of which is Founding Partner of the largest private lender in America valued at over $1 billion. Their family office invests in real estate, private lending, and as angels in early-stage technology companies, some of which have become “unicorns”. These investments were largely made from their Roth self-directed IRAs.

The Stech family attracted over $80 million dollars in 2020 (the pandemic year) for their own operating companies and investment funds in real estate, private lending, and early-stage venture technology. Six billionaires are current investors in their operating companies. The Stech family and their companies are not financial advisors. They simply know how to make money and not lose it. Dave graduated from the London School of Economics and lives in San Juan, Puerto Rico.