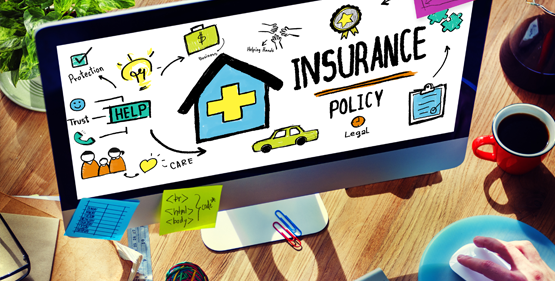 Why Insurance May Not Protect You

Bill White lent his car to his son’s friend Aaron. It was late when Aaron’s car had broken down so Mr. White gave Aaron permission to drive their family car to his house, park it for the night, and return it the next day. When Bill awoke the next morning, he found that their car had been totaled, had done tremendous damage to a local business, and he was on the hook for the damages.

Bill was glad no one was seriously hurt, but was appalled that he and his wife were being held responsible for over a million dollars in property and medical damages—well over the required insurance limits that South Carolina required him to carry. Bill couldn’t understand why Aaron’s liability insurance wouldn’t be the primary insurer to cover the damages. As it turns out, South Carolina, along with several other states, follow the “Hell or Highwater Rule” when it comes to car insurance.

The Hell or Highwater Rule – As the courts have explained, once a vehicle owner gives original permission to a third party to use the car, the permission-giver is responsible for anything the driver does, even if the driver acts outside the bounds of the permission granted by the owner.

In the example above, the bounds of permission was to simply drive home, park the car, and return it the next morning. In few states, if Aaron had gone outside the scope of permission, such as picking up another friend, going to a store, or returning the car late, Mr. White’s insurance would have immediately denied the claim, requiring the injured parties to pursue Aaron’s insurance and assets.

However, in states like South Carolina, Nebraska, Arkansas, and a dozen others, Mr. White’s insurance will defend him and pay the claim, but only up to the limits of his coverage leaving Mr. White personally liable for everything else. Currently, the “White” family is still working the case through court, but South Carolina law is very clear on the issue and despite White’s legal maneuvers, their last recourse may be to surrender the bulk of their estate and declare bankruptcy.

Adequate Liability Insurance – Car owners have a legal and moral responsibility to restore victim(s) if their actions (or in this case – their assets) cause damage. Asset Foundation believes Americans should carry adequate insurance to cover themselves and their families for the reasonable damages that could occur in their normal life and business pursuits, and that those insurance limits should be adjusted as life’s risk factors change.

Most car owners carry the minimum amount of insurance required by their state. Because it’s not politically popular to raise minimum state insurance limits, those limits have not been regularly adjusted to keep up with the rising cost of property repairs, medical expenses, and exorbitant jury awards. When jury awards exceed insurance coverage, the courts will often reach into personal bank accounts, investments, property values, and even some retirement funds to cover the costs of high property damage and medical bills.

Simply adding more insurance and raising policy limits is not always the answer. In fact, carrying too much insurance can often attract or prolong lawsuits. Some advisors believe that the more insurance you have, the more attractive you can become to a plaintiff’s attorney.

If you are in a situation where people outside your family may use your vehicle, adding additional “riders” or “insureds” can reduce your exposure. Additionally, families may consider umbrella coverage to protect against any excess liability for car accidents, incidents in the home, and other accidents. In some cases it’s advisable to sell or gift the car to the user, just to avoid the liability.

Proper Legal Structuring – Because insurance companies are notorious at finding loopholes and denying claims, a second layer of protection is often advised, especially for families that have a large net worth or a relatively high risk of being sued. Creating separate legal entities can often isolate investment and business assets from the claims against an individual. Traditionally, Family Limited Partnerships and Irrevocable Trusts have been the most common legal entities used to create legal separation. Today, well drafted multi-member LLCs are also used by sophisticated asset protection advisors.

Conclusion – In the end, a good asset protection plan always includes adequate liability insurance, but it may also include additional legal tools such as Family Limited Partnerships, LLCs, and Trusts to protect personal and business assets from accidents that insurance may leave exposed. Having the right combination of insurance and proper legal structuring can give you the peace of mind of knowing your assets are protected.

For more information or for a complimentary consultation, visit us at assetfoundation.com or call 800-276-1430.